The Rossetti Archive is terrifying. 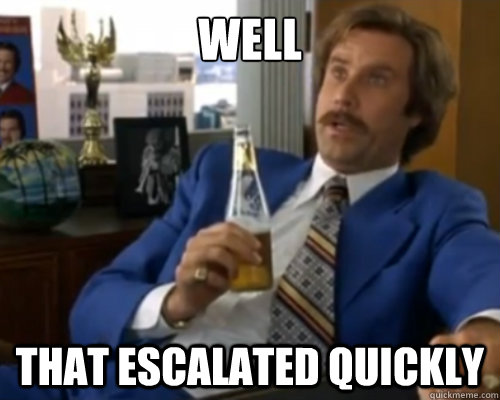 It is massive and as a recovering student of literature it makes me want to run screaming for the hills because it has everything. I don’t mean everything a scholar could want with rainbows and puppies; I mean everything the man ever produced, the entirety of the journals is poems appeared in, the source materials upon which be based is translation efforts, the major scholarship about him, the works of his friends, mentees, and scholarship about them, and drafts: every possible draft of a poem or painting, plus all the reproductions they could get the creators could get their hands on. It’s all there. Plus, bearing in mind that Dante Gabriel Rossetti (DGR) was both prolific and popular – the leader of an artistic movement – not only did he make a lot of stuff, a lot of people bothered to keep (and his popularity brought attention to the work of others who we now think of as being in the canon, like William Blake). It’s a terrifying amount of material. How is one person ever supposed to read everything when everything is relevant? How can scholarship not be crippled in the face of such an abundance of so much data?

Panic attack aside, what the Rossetti Archived is simply a collection of the digitized works of DGR plus as many contextualizing resources as possible. There just happen to be loads of them. Ere go an elaborate searching mechanism. The below is a screen shot of the search engine with all the possible ways of searching.

Herein lies my only major criticism of the archive, the search returns are mysterious and lack a way to know why something in particular was relevant to the search. It is otherwise comprehensive, expansive and easy to use, except for the part about actually reading every thing that you get back and considering it complexly as the researcher is meant to do.

God is Definitely Having a Laugh

McGann, who made the thing, is aware of its vastness and complexity and his argument is that by putting it all together, the scholar is no longer bound by the confines of a print edition which like a car depreciate in value the minute it goes to press. The “bewildering array of documents” is a challenge, but it then becomes the privilege of the scholar to decide what is important, what should be included in his or her work of scholarship. The appraisal is put into the hands of the user, instead of the archivist.

The intention of the archive is clear and well-fulfilled, but perhaps overly so. The data is so expansive and so robust that it can be difficult to get a grip on something small. There is so much context that it begins to obscure the purpose. When I started playing with the search function, I turned to my default search term, goat; the word I use whenever I’m testing out a new search engine because I think its kind of funny. The results were inconclusive, so I turned to something I knew a bit about; DGR’s sister Christina Rossetti, a poet in her own right, and one I prefer to her brother. Now with 153 search results, I began to see the outer extremities of the archive. Not every poem Christina wrote was included; in fact I didn’t find the text for any of her works, only references to it where it coincided with her brother’s efforts.

But this in itself raises another issue. What the Rossetti archive is attempting to do – and I will argue doing very well – is establishing the authority we associate with scholarly editions and putting it in the public sphere; it is the level up from Wikipedia because it is a moderated source. But what we suddenly lack is a middle ground. There is now vague (and potentially corruptible) overview via Wikipedia or everything that could possibly be associated with the topic via dedicated HyperArchives.

And the same thing is in the works with the Shelley-Godwin Archive, seen above. They have commitments for 90% of the papers of Percy Shelley, Mary Shelley, Mary Wollstonecraft, and William Godwin and they are going to put them all online with transcriptions and search functions. Though right now only Frankenstein is available, what happens when a thorough examination of a text and its relevant contextualizing data for a close reading balloons into data analytics like Morretti’s Distant Readings from Graphs, Maps and Trees? And what does it mean for the Archivists of the world when resources like these take away our call to curate? Are such fantastic resources actually the death of the archival profession?

One Reply to “Drowning in Context”