The Polandball community is far more than just a set of juvenile cartoon fanatics doling out racist jibes for a few giggles.  Behind the crude little bouncing balls and their foul mouthed banter is a conversation that extends to the most difficult of current affairs.  A perusal of Polandball’s Reddit threads will demonstrate this point clearly.  In one of Polandball’s latest featured comics, “ISIS makes a bomb,” the comments quickly turn to a discussion on America’s current election cycle, the appeal of Canada to Americans given the tone of current affairs, policy towards ISIS, and who should be responsible for the destruction of the terrorist group.  The comic features ISIS building a bomb before being blown up by the device due to excrement landing on a trigger button from an American bald eagle flying overhead.  The rudimentary comic which could easily be dismissed as arcane and immature is a launch pad for users who embrace irreverence in the face of what are often terrifying world affairs.

Polandball users are the first to acknowledge the potential for incivility.  This is evidenced by the header for the comment threads on Reddit (the most active of Polandball user sites) which is “Flair up before commenting, don’t take Polandball seriously, sit up straight and eat your vegetables.”  Surprisingly, users seem to take these words to heart…well, I don’t know about the vegetables part.  The vast majority of the conversations on Polandball threads remain calm and often evolve into a respectful dialogue.  This open conversation is the heart of the offbeat community, and something which die hard Polandball fans will highlight as one of the most important things to preserve.  As Polandball moderator ‘CupBeEmpty’ said when asked about preserving the comic,

“Obviously the comics are hugely important, the characters, the jokes, the inside jokes that you have to ‘be part of the community’ to get, etc. However, a lot of people are really drawn in by the comment sections. They appreciate the international flavor and getting to joke about national stereotypes and politics without it being bigoted or hateful. Also, a lot of our ‘tropes’ and jokes about countries arise in the comment threads and sometimes make it into actual comics later and some jokes from a specific comic become tropes in comment threads over and over.

Bearing this in mind, it is essential to capture both the comics as well as the comment threads which accompany them.  In a perfect world, we could gather up all of the comics and comments to preserve the essence of the Polandball community.  However, with an unknown amount of Polandball comics, this would prove to be a difficult, if not impossible, task.  Another important element to capture are the aforementioned rules surrounding Polandball.  Believe it or not, there are in fact a firm set of canonized rules   governing the Polandball community. Additionally, items such as the “Joke Life Preserve,” which archives a list of jokes that are banned, are important in order to capture the boundaries of this world in which the users operate.  These ground rules are almost exclusively enforced on Reddit, but that is where the majority of the community participates in Polandball culture.

The Polandball community is not isolated to one website.  Instead, users frequently bounce (pardon the pun) from one site to the next.  Sometimes these sites feature the same comics, but not necessarily and not always at the same time.  When asking Polandball users about important sources to capture for preservation, they mentioned Polandball’s Reddit and Facebook pages as well as Polandball Wikia.  However, a Google search of Polandball will yield results not only including the aforementioned Reddit, Facebook, and Wikia, but also active pages on Imgur, Tumblr, Know Your Meme, Funny Junk, and its very own website.  There are approximately 12,000 results for Polandball on YouTube despite the fact that animation of the comics is explicitly verboten according to the almighty rules.  To put the icing on the pop culture craze, there is even a site for purchasing Polandball plush toys (…my birthday is in November). 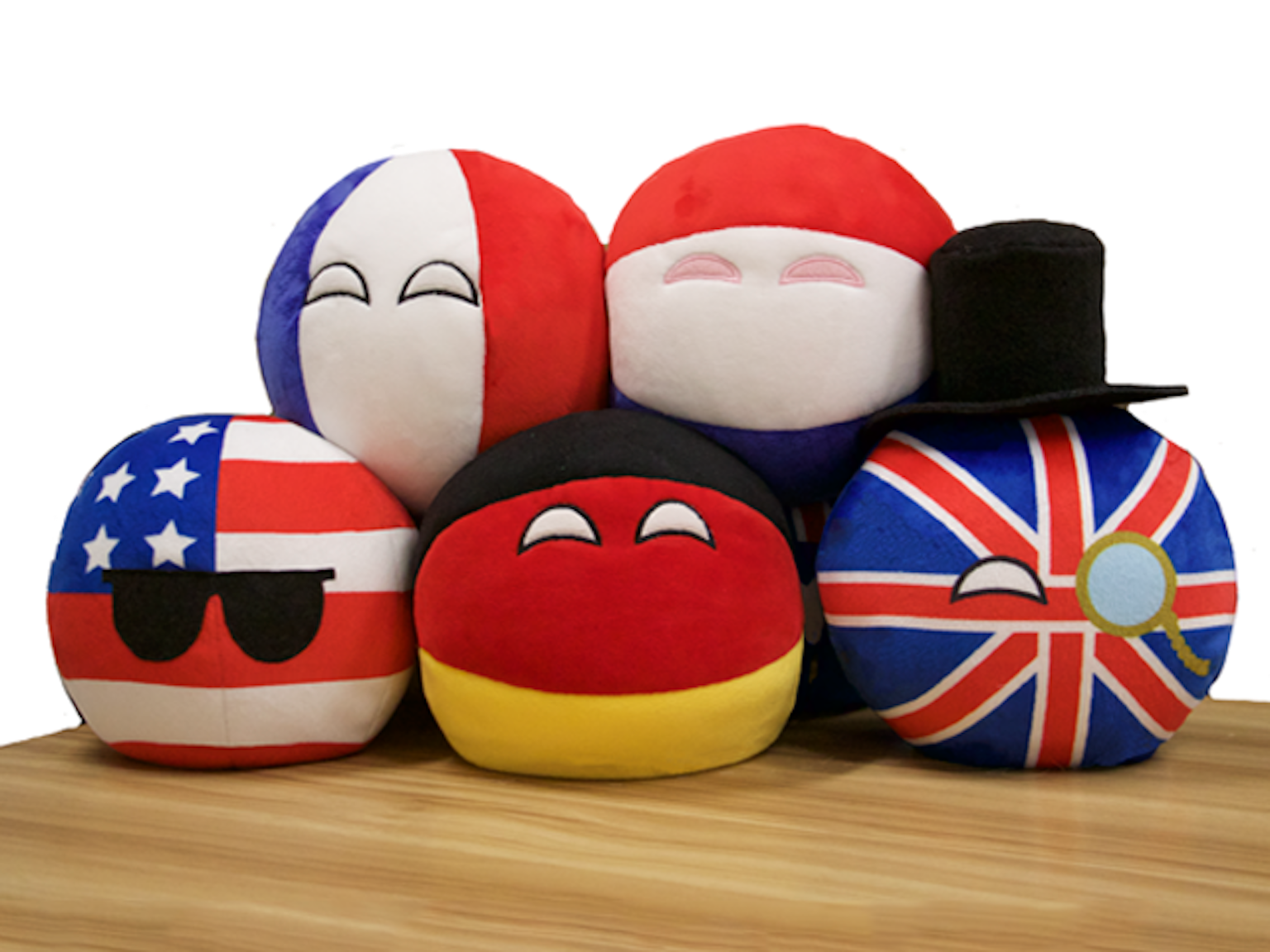 As no one in the Polandball community mentioned the store specifically, I think we can put the plushies aside a moment when we look at preserving the comic.  Furthermore, as animation of the balls is outside of the canon accepted by the most cohesive body of users, we can discount preserving the bounty of YouTube videos as well.  Since the current stakeholders are the Polandball users, it is appropriate to defer to their already chosen outlets.  Besides the few users with whom I exchanged messages, the most commentary and submissions occur on the Reddit page; perhaps the best live chat can be found on the Wikia along with a vibrant flurry of activity; Facebook provides familiar and direct interaction with the community at a level where commentary is less likely to be buried.  Each of these outlets has certain peculiarities which are valuable for documentation as well.  I must admit that I would not preserve the Facebook account if I were archiving for myself as they permit submissions outside the perimeters set forth by the majority of Polandball contributors.  That being said, the stakeholders are the ones guiding the preservation process.

Ideally, each identified website hosting Polandball materials would be fully documented, captured, and saved. However, this is nearly impossible to do. Likewise, given the size of Polandball’s collection, future users may not have the ability to sort through each comic and commentary. Also, how does the digital curator attempt to continually preserve such a vast and complex amount of files?

Instead, I recommend taking a tactical approach. Web documenting tools such as ArchiveIt can be really useful for grabbing content from an entire website at one moment in time. However, these tools can also be cost prohibitive. For Polandball, I’m going to test out Webrecorder, an open source tool recommended by Dragan Espenschied with the Digital Art Conservation Program at Rhizome. Webrecorder is a fairly new tool which makes the task a little more challenging. The goal is for Webrecorder to do essentially what it’s name indicates- run through the websites and record every detail down to live links. Webrecorder then packs the data for the site into WARC code for preservation.

Sounds neat and easy, right? Yes, but no. The data from Webrecorder is dependent on a platform existing which can still read and render the code. There’s no guarantee that the code will display in the original arrangement in the future either. Furthermore, Webrecorder offers no context or value to the preserved material. There’s no explanation of why any of it’s important or how the jokes fit into the larger political context. Also, there’s no curated content representative of the essence of Polandball.

That’s where the need for screenshots comes in. It is, of course, possible to grab the images and commentary on their own individually, but I believe it’s important to capture the environment in which Polandball thrives. By screen capturing the threads, chats, and conversations alongside the image, I believe future users will better be able to gather relevance from the art.

Lastly, Espenschied also suggested using an annotation tool to highlight specific items in the collection and create context for future users who might need to orient themselves within the Polandball world. While hesitant to inject too much of myself into the preservation and description, I believe there’s value in this if documentation can be added regarding the events to which the comics are referring or relevance as described by users.

Moving forward, the task to preserve Polandball consists of:

These techniques will effectively capture the core of Polandball as it stands today. Naturally, the comics and user base continue to evolve. However, its current users are very excited at the prospect of saving the material and are eager to share opinions on the topic. Because of this, I believe we’re well on our way to a cost- effective preservation plan for the fundamental pieces of Polandball.