The web is inherently made up of networks and interactions among its users. But what is the nature of these interactions – participatory? collaborative? exploitative? These questions play out when cultural heritage institutions take to the web and attempt to engage the vast public audience that is now accessible to them. Crowdsourcing is a means to allow everyday citizens to participate and become more involved with historic materials than ever before. Similarly, these volunteer projects can overcome institutional monetary and time constraints to create products not possible otherwise. What most interested me in the readings is the motivations of those involved in these projects. Why do citizens choose to participate? Why are institutions putting these projects out there? How do they play on the motivations of their users? These questions link back to the overarching general ideas about the nature of interactions on the web.

Why Wasn’t I Consulted?

Paul Ford describes the fundamental nature of the web with the phrase “Why wasn’t I consulted” or WWIC for short. Ford claims that feedback and voice on content is what the web is run on. By giving people a voice, even through the basest form of expression in likes, favorites, +1’s, or “the digital equivalent of a grunt,” users are satisfied that they were consulted and that they can give their approval or disapproval.

User experience, in Ford’s mind, is centered on their emotional need to be consulted. Additionally, the expression of approval is what feeds other users to create content, receiving a positive emotional response from those who consume their work. Organizations create spaces that shrink the vast web down into communities where the WWIC problem can be solved. Essentially, these structures create a glass case of emotion.

Libraries, archives, and museums have to deal with users’ emotions when creating their crowdsourcing ventures. How do we create places where the users will feel consulted and desire to participate? Like Ford, Causer & Wallace in describing the Transcribe Bentham project of University College London, and the Frankle article on the Children of Lodz Ghetto project at the United States Holocaust Memorial Museum, emphasize understanding users and volunteers as well as finding the appropriate medium is important in these undertakings.

Causer & Wallace identify a much more detailed set of motivations of their user groups than Ford’s WWIC idea. Many of their participants claimed they had interests in the project such as history, philosophy, Bentham, or crowdsourcing in general. Other than these categories, the next biggest reasoning for joining the project was a desire to be a part of something collaborative. The creators of Transcription Bentham failed to create an atmosphere where users felt comfortable collaborating which may have been why the project decreased in popularity over time. The Children of Lodz Ghetto project, on the other hand, is much more collaborative with administrators guiding researchers through each step of the process. Eventually they hope to have advanced users take over the role of teaching newcomers. The Holocaust Museum’s project is a much more sustainable model that could lead to lasting success.

Crowdsourcing (For Members Only)

While collaboration and having an interesting topic is a key factor in motivating participation, how do online history sites get the attention of the public to join in the first place? The push for the openness of both the internet and cultural institutions is something I greatly support, but I think motivating the populace to get involved in these projects needs a return to exclusivity. There is still a prevailing notion that archives and other cultural organizations are closed spaces that only certain people can access. In many European institutions this is still the case. Why don’t we use the popular notions of exclusivity to our own benefit?

Hear me out. What these articles lacked was the idea that many people desire what they cannot get or what only few can. I’m not advocating putting collections behind a paywall or keeping collections from being freely available online. Instead, I think participation in crowdsourcing projects should be competitive or exclusive in order to gain the initial excitement needed to gain a following and spur desire for inclusion.

Other social media platforms such as early Facebook and more recently Ello or new devices such as Google’s Google Glass, have made membership or ownership limited, creating enormous desire for each. In these examples, the majority of the populace is asking why wasn’t I consulted? and therefore want to be included. Thus, having the initial rounds of participation be limited to a first-come, first-serve, invite-only platform would spark desire for the prestige of being the few to have access to the project.

In Edson’s article, he wrote about the vast stretches of the internet that cultural institutions do not engage, what he called “dark matter.” While there are huge numbers of people out there who are “starving for authenticity, ideas, and meaning,” I think the first step should be creating a desire to participate and then growing the project. Without something to catch the public’s attention, create a community, and grow an emotional desire to participate, another crowdsourcing website would simply be white noise to the large number of internet users in the world.  The users, who are visiting the websites looking for a way into the projects but denied, could discover the free and open collections which are there right now. After this first limited period, once the attention is there, I think scaling up would be easier. Of course these ideas will only work if the institution has created a place that understands the emotional needs of its users and provides a collaborative and social environment where users are comfortable participating. 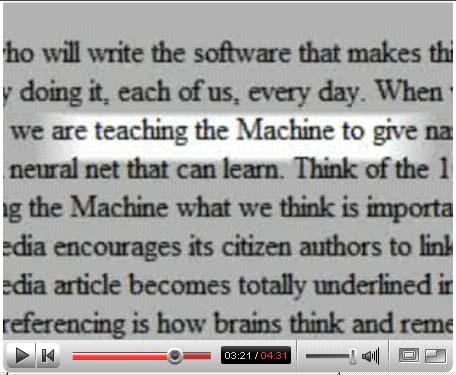